What does IGCC Believe?

We are a reformed evangelical church. What follows is a brief summary of our beliefs.

We believe that God created the world, but that our world is fallen — corrupted by sin in every way.

We believe that Jesus Christ stepped in to our world — fully God and fully human. And that through His sacrificial death on the cross, He paid the penalty for the sin of those who place their trust in Him.

We believe that Christ will return to judge the Earth, and it is our loving, yet solemn, duty to preach the Good News of His saving grace to those who have not yet put their faith in Him.

Denominationally, we’re linked to the Congregational Federation. You can learn more about them here.

Ask us a question

If there's anything you're not sure about, don't hesitate to get in touch. Contact Us

Use the dropdown links below to find further information about what we believe and the organisations we support.

Our Confession of Faith

1. The Holy Scriptures of the Old and New Testament are divinely inspired, and they are of supreme authority in doctrine and practice.

2. There is only one God, omniscient, omnipotent and omnipresent; infinitely wise, just holy and good; who is immutable in all His natural and moral attributes, and who also is the creator, the supporter, and the governor of all things and beings

3. In the divine nature there are three co-ordinate and equal persons, the Father, the Son and the Holy Spirit. Theses are not three gods but one God, and they are the same in substance, in power and in glory.

4. Jesus Christ is both God and man. He partook fully of human nature, but without sin, and was at the same time equal with God: “the express image of His person”.

5. The Holy Spirit is truly God, and is also a distinct person, possessing and exercising all the perfections of God and all and all the properties of a person.

6. Man was created by God in His own image, viz. in righteousness and true holiness. The first man, by breaking the divine command, fell from his state of innocence and purity, drew upon himself the curse of God, and involved all his posterity in the consequences of his sin.

7. All mankind is born to sin and shapen in iniquity in consequence of Adam’s fall – that is, a fatal inclination to evil, utterly incurable by human means, is inherent in every descendent of Adam.

8. God, having designed to to redeem fallen men from before the foundation of the world, made disclosures of His mercy which were the grounds of faith and hope from the earliest ages.

9. Jesus Christ is the only redeemer. He is “the Lord our Righteousness” and “He became a curse for us” – that is, by His obedience to the divine law while He lived, and by His sufferings, including His death on the cross, He vindicated and illustrated the divine justice. He “magnified the law”, “bought in everlasting righteousness” and obtained “eternal redemption for them that believe”.

10. Jesus Christ rose from the dead, and is now seated at the right hand of the Father where, as a mediator, He rules over all for the welfare of His Church and makes intercession for all who came unto God by Him.

11. The Holy Spirit is given in consequence of the mediation of the Lord Jesus and He, the Holy Spirit, is the exclusive author of salvation, that is it is His influence only, through the Word of God that produces in the sinner true repentance and saving faith, the new heart and perfect sanctification.

12. Repentance unto life that change produced in the mind of the sinner whereby through the Holy Spirit he turns from sin to God – whereby with grief and hatred of his former conduct and apprehension of the divine mercy through Jesus Christ he endeavours to live to the honour and glory of God.

13. Faith is a saving grace imparted to us by the Holy Spirit, whereby we trust alone in the death and righteousness of the Lord Jesus as our substitute and rely upon Him for salvation.

14. Justification is an act of the free grace of God wherein He pardons all our sins and regards us as righteous in His sight for the sake of the life and sufferings of Christ, endured for us.

15. Justification is received through faith in Christ alone, and not by any works of the law we may do.

16. Regeneration is the inward work of the Holy Spirit whereby we are renewed in the image of God – in righteousness and in true holiness.

17. Sanctification is also a work of the Holy Spirit whereby the believer more and more dies unto sin and lives unto righteousness.

18. All who savingly believe in Jesus Christ and who will ultimately be brought to the Kingdom of Glory were objects of God’s eternal, electing love, and were given by an act of divine sovereignty to the Son of God, but this in no way interferes with the system of means, nor with the grounds of human responsibility, being wholly unrevealed as to it’s objects and not a rule of human duty.

19. The Holy Scriptures teach the final perseverance of all true believers to a state of final blessedness which they are appointed to obtain through constant faith in Christ, and uniform obedience to His commands.

20. Baptism and the Lord’s Supper are of perpetual obligation in the Christian church; the former to be administered to all converts to Christianity and their children by the application of water in the name of the Father, the Son and the Holy Spirit; the latter to be celebrated by believers only by partaking together of bread and wine, in remembrance of the death of Jesus, as a token of faith in Him, and as a sign of brotherly love.

21. Jesus Christ will finally come to judge the whole human race according to their works. He will raise the bodies of the dead, and as supreme judge He will divide the righteous from the wicked. The righteous He will receive into “Life everlasting” – into the kingdom of glory prepared for them from the foundation of the world. The wicked He will send away into “everlasting punishment”.

22. Jesus Christ has ordained that His followers shall live together in Christian fellowship and maintain the communion of the saints; and for this purpose they are to observe jointly all divine ordinances and, maintain that church order and discipline which is expressly enjoined by inspired institution, or sanctioned by the undoubted example of the apostles and of the apostolic churches.

Got questions about faith? We'd love to talk. Explore

To read more of our history, visit our ‘About Us’ page. 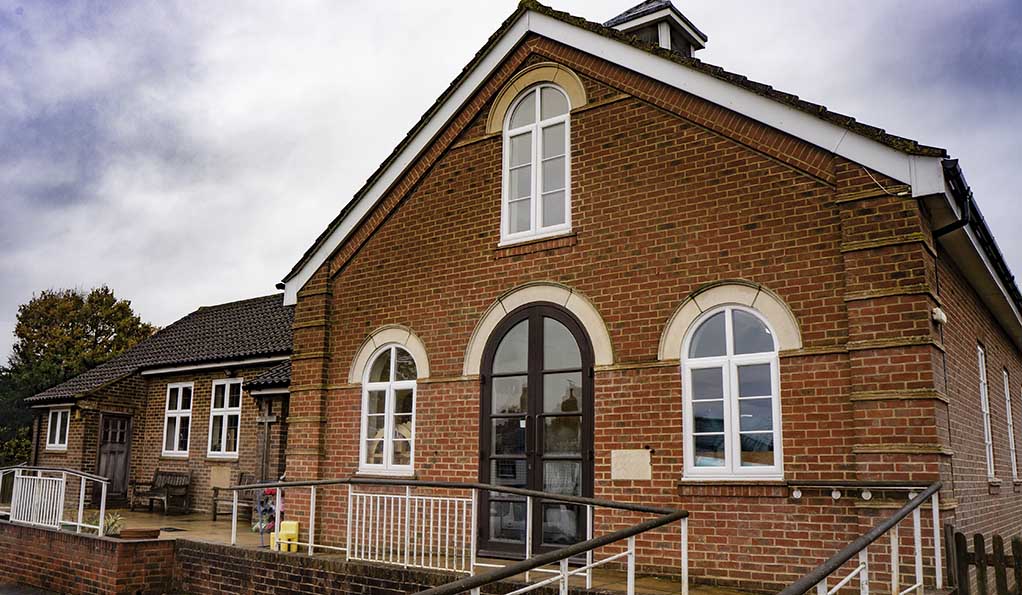